Aircraft remarketing made simple: what every investor should know 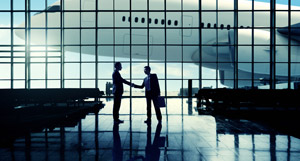 As various data indicate, well over a half of the global aircraft fleet will be leased in the upcoming years. Sensing the huge market potential, more and more investors are showing interest in buying an aircraft as a relatively low-risk long-term asset. However, as the economic life of the current generation aircraft is getting shorter, the process of redelivery and re-lease is becoming more complicated. In addition, as even a single redelivery can significantly reduce the profit generated during the lease, the entire affair should be carefully organized by both the operator and the lessor. Considering the ever-growing number of non-aviation investors in the industry, many of them are yet going to face related challenges.

The matters related to the process of re-delivering an aircraft to its owner and relevant to the period around the expiry of the contractual lease term are clearly a hugely important aspect of any leasing transaction. And then, on top of the associated challenges, there’s the issue of aircraft remarketing. With time, the process becomes even more complex, considering the fact that the current trend of early aircraft retirement poses a significant obstacle to performing around 3-4 re-leases to other operators during the plane lifecycle. Today, many of the older aircraft types have become too expensive to operate and thus are being phased out. They are replaced by more popular, more fuel efficient machines, naturally affecting the cost of their transitioning from one operator to another. In such a context, ensuring the aircraft is in the best possible shape is a top priority, as well as a challenging endeavour.

“Aircraft remarketing involves a wide range of complex processes, requiring not only relevant technical expertise, but also an up-to-date knowledge of the market. Failure to 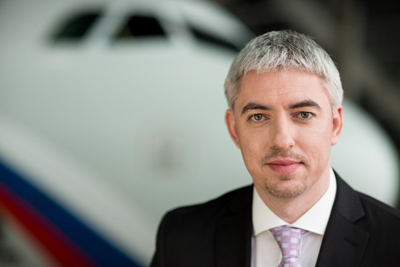 ensure smooth execution of relevant processes can significantly reduce the value of the asset, capable of generating as much as 10-15% ROIs per single year of being leased. Acknowledging the possibility of losses is especially important to new market players, interested in aircraft investment, since leasing a new aircraft to an operator is obviously very different from its redelivery and subsequent re-lease,” shares Tadas Goberis, the CEO of AviaAM Leasing.

Meanwhile, the conditions for re-delivery, usually stated in any lease contract, cover a set of different aspects. Any of them can make or break the success of each re-delivery. Firstly, there are the physical requirements, such as an effective assessment of the physical condition of the principal airframe units, its components, systems and cabin interior. Then there are the provisions concerning aircraft records, i.e. the compliance with terms and conditions set forth by the lease and the regulatory authorities. In addition, the lessee should be able to demonstrate that the satisfactory operation of the aircraft and all its systems are in compliance with the terms and conditions of the lease as well as relevant certification provisos.

Ideally, an airline is as much concerned with keeping the aircraft in a perfect shape, as is the lessor, as non-compliance with the aforementioned condition of the operational lease contract brings about significant financial consequences. Unfortunately, though, it is not unusual for an airline to neglect the need of keeping up with the task. For instance, cabin interior may be heavily worn if certain attempts to cut costs have been made, resulting in an unexpected downtime. In the worst case scenario, a plane may end up simply being unable to fly since restoring its airworthiness proves too costly.

In addition, a lessor must make sure that the redelivered aircraft matches not only his own requirements, but, most importantly, the ones of the upcoming lessee as well. Should he fail to do that, he may be faced with expenses that are both unexpected and unwelcome.

According to Tomas Sidlauskas, the VP of Sales at AviaAM Leasing, a remarketing strategy should make room for a period of 1 to 2 years in order to facilitate appropriate preparation: “Needless to say, when you get to the lease return check – it’s already too late. After all, for new generation narrow-body and regional aircraft, four to three months is an average downtime required to successfully exit from a repossession scenario and remarket an aircraft at a price within 95% of its expected market value. That is, if the market is well balanced.”

Ultimately, the aircraft re-delivery process should start at the very moment of lease contract negotiations. For instance, the process of repossession and remarketing is significantly quicker and more efficient if the aircraft is regularly monitored and its records are copied, since the back-up records can aid the process of selling the aircraft (or the debt) to other parties.

“The next operator always expects to be given properly maintained equipment with plenty of life left. However, while normally a well-planned lease return should take six to eight weeks, some operators fail to prepare for it until three months prior to the deadline, often ending up with inadequate records or insufficient maintenance. As a result, poorly planned returns can take up to a year at about $300 000 a month (depending on aircraft type), not to mention maintenance-related expenses,” notes Tadas Goberis, the CEO of AviaAM Leasing.

All in all, organisation and preparation are keys to successful dealing with the range of issues associated with the remarketing of an aircraft. Ideally, the process starts with the necessary efforts being made to negotiate a well-balanced lease agreement, which is also unambiguous in respect of its conditions. Also, a series of planned meetings should be established to address the associated technical challenges, as well as comprehensively assess and document the aircraft status against lease return conditions. “All in all, it is only an open and smoothly organised approach of determining the issues and dealing with them systematically beforehand which can ensure that a friendly relationship between the parties will not hit a crisis,” concludes the CEO of AviaAM Leasing.