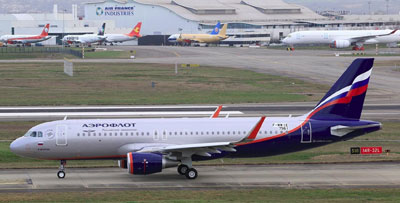 All three aircraft came in 8 business and 150 economy seats configuration and in the livery of their first operator – Aeroflot – Russian Airlines. The aircraft already reached Russian flag carrier’s base at Moscow’s Sheremetyevo airport. The aircraft were delivered to the airline under a 12-year long operating lease agreement.

Newly-built aircraft were delivered as a part of a previously signed Memorandum of Understanding between AviaAM Financial Leasing China and Aeroflot – Russian Airlines, covering the sale and lease back of total 8 ex-factory Airbus A320/A321 aircraft.

“Having launched our joint venture in China less than a year ago, we are glad to welcome the first aircraft and lease them to one of the world’s leading airlines. We are also delighted with a successful cooperation with our joint venture partners – HNCA – who ensured the financing of the deal. We anticipate that this year will bring us another portion of ambitious transactions and new aircraft,” shared Tadas Goberis, Chairman of the Board and CEO of AviaAM Leasing.