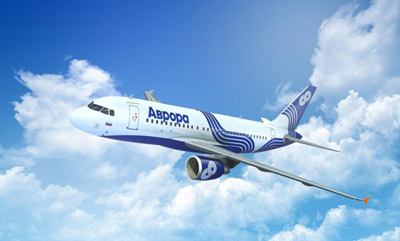 AviaAM Leasing, a Warsaw Stock Exchange listed global aviation holding company engaged in commercial aircraft acquisition, leasing and sales, is delighted to announce yet another fruitful cooperation with airlines from the CIS under which the company has recently delivered two Airbus A319 aircraft to a Russian Far East airline Aurora.

In cooperation with its partners, AviaAM Leasing has carried out all of the necessary preparatory works including maintenance checks and cabin refurbishment. Having been modified in line with all of the airline’s requirements, one of the Airbus A319 aircraft is already delivered to a painting facility in Taiwan Taoyuan International Airport while the second one reached Aurora’s hub in Vladivostok International Airport (VVO), Russia.

AviaAM Leasing is happy to support the development of such fast growing regional carriers as Aurora with modern aircraft. The introduction of the new Airbus A319 type marks the start of AviaAM Leasing’s fleet restructuring and renewal. These two aircraft are the youngest in the company’s current fleet being manufactured in the end of year 2003.

Aurora is a regional Russian air carrier which was established by its parent company – Aeroflot-Russian Airlines – by amalgamating SAT Airlines and Vladivostok Avia. Currently, the Aurora’s fleet consists of 18 aircraft, including Airbus A319 and Boeing 737 as well as regional Bombardier Series 400 and Q200/Q300 aircraft.