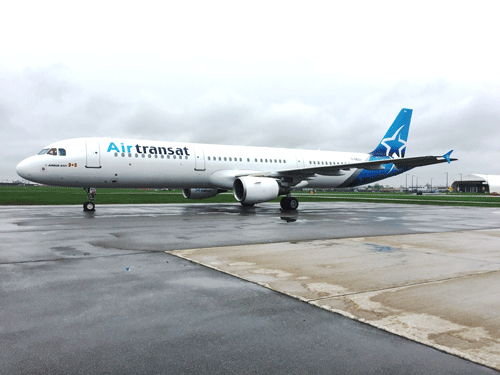 AviaAM Leasing, a global aviation holding company engaged in commercial aircraft acquisition, leasing, and sales, has announced the sale of two Airbus A321-211 aircraft with leases attached.  Both aircraft are being operated by Montreal based Canadian low-cost leisure airline Air Transat. The aircraft were delivered to the new lessor – Aergo Capital – on the 14th of August, 2018.

“We were delighted to add Air Transat into our customer portfolio when we leased the first two A321 aircraft to the operator earlier this year.  This successful cooperation has given our company a strong belief in the possibility of further mutually beneficial deals in the future’’, says Mantas Meizneris, VP Sales at AviaAM Leasing.

Aergo Capital’s CEO Fred Browne said, “This acquisition is consistent with our strategy of acquiring younger aircraft on existing long term leases and supports the growth and diversification of our portfolio. We are delighted to have worked with AviaAM Leasing on this transaction and look forward to developing our partnership with Air Transat.”

The two A321’s are currently under a 10 year operating lease agreement that has been successfully transferred to the new owner. The aircraft, that are powered by two CFM56 engines, were previously delivered ahead of schedule to Air Transat in Kaunas International Airport, Lithuania.