Ex-Im’s shutdown: are we on the edge of a new era in aircraft financing? 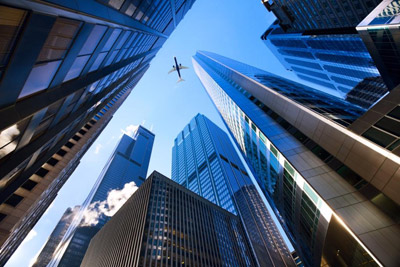 With the U.S. Congress refusal to prolong the authorization of the Export-Import Bank which has expired on 30th June, the U.S. aerospace giants and their foreign clients have lost major support in financing new deliveries. Though Ex-Im supporters refuse to give up the hope that the institution might be re-authorized by the end of July after all, some aviation industry representatives are already busy discussing whether the post-Ex-Im era will have a significant impact on the global aircraft financing market. However, the future seems to be as puzzling as ever.

“It would be misleading to state that following the Congress’ decision and the potential U.S. Ex-Im’s shutdown, the global aircraft financing market will immediately enter a new era of a global bounderless market where no export support is required. On the contrary, Export Credit Agencies (ECA) in China, Europe and Brazil will keep providing support for the delivery of new locally produced aircraft, regardless whether the U.S. Ex-Im will be eventually re-authorized or not,” comments Tadas Goberis, the CEO of AviaAM Leasing.

The Ex-Im Bank has played a noticeable role in the steady growth of U.S. aerospace manufacturers’ orders, including the ones of Boeing, Sikorsky Aircraft and General Electric. For instance, in 2013 alone the bank issued guarantees for approx. 8 billion-worth deals on the acquisition of various Boeing commercial aircraft. The figure corresponds to approx. 15% of all Boeing Commercial Airplanes revenues that year.

“ECAs are a convenient tool for manufacturers to boost their sales in foreign markets, particularly the emerging ones. ECA support – in the form of both loans and guarantees – allows local major airlines to gain access to cheaper financing. For smaller operators or those with higher risk (e.g. startups) it is even more critical as in many cases that is the only chance to get a loan at all,” shares Tomas Sidlauskas, the VP at AviaAM Leasing. “However, following the recent financial crisis, many ECAs have toughened the requirements for potential recipients of their support as well as increased their fees. This has made ECA tools less accessible to smaller carriers and less popular amongst major aircraft buyers, including leasing companies.”

In 2009-2012 ECA credits accounted for 25-30% of the entire aircraft financing market. However, since then, the share of ECA support has shrunk to approx. 13-15%. First and foremost, the trend reflects more strict requirements for those who apply for ECA loans and guarantees. Moreover, it is indicative of a growing range of alternative aircraft financing tools, including capital markets.

Today, more and more investors, particularly from Asia and the Middle East, consider aircraft as a potential capital intensive investment which generates stable long-term returns as high as 10-15%. As a result, capital markets have significantly increased their presence in aircraft finance, and today they account for one third of the deals. In addition, banks are restoring their position after a downturn in the late 2000s. However, the development of bank credits segment is mostly driven by banks from the emerging markets rather than the previously dominant Europe and North America.

“In other words, as the aircraft market is becoming larger and increasingly stable, it is starting to enjoy stronger trust of the investors thus lowering the dependence on such tools 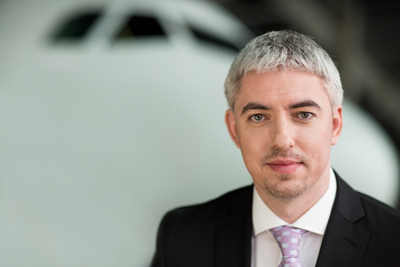 as ECA guarantees,” says Tomas Sidlauskas, the VP at AviaAM Leasing. “Still, it’s rather too soon to tell if the U.S. aerospace giants are to experience any noticeable changes in the overall sales volumes. But the situation might have an impact on their interim results as the submitted applications for new Ex-Im guarantees are put on an indefinite hold. In the meantime, manufactures are probably already exploring alternative deal structures in order to comfort their customers should the bank be shut down after all.”

“It is noteworthy that Ex-Im’s shutdown won’t have an immediate impact on the U.S. manufacturers’ ongoing production and their nearest deliveries. Thus, it’s highly unlikely that the current market values and leasing rates will correlate or correlate substantially,” says Tadas Goberis, the CEO of AviaAM Leasing. “Regardless, one must never forget that we operate in a highly competitive market. Whether there will be any long-term consequences, such as a drop in sales, decline in production rates and, eventually, job cuts, – everything will depend on how other countries and their ECAs act if Ex-Im leaves the market. Also, an important question concerns the alternatives that the U.S. manufacturers will be willing and able to offer in order to compensate for the Ex-Im support and thus keep the financing available for some of their potential customers. In either case, one thing is clear: those customers who cannot afford or attract financing without a guarantee from an Export Credit Agency will be left with a single option which involves dealing with only those manufacturers which have the excess to ECA support. Will the U.S. manufacturers remain amongst such? We will find out soon.”