FL Technics, a global provider of one-stop-shop aircraft maintenance, repair and overhaul solutions, has announced expanding to the African market. The company has recently signed a new base maintenance agreement with one of the largest carriers in Libya – Afriqiyah Airways (AAW). According to the contract, FL Technics shall carry out the necessary maintenance checks for the carrier’s Airbus aircraft.

The first Airbus A320 owned by Afriqiyah Airways is already stationed at the FL Technics hangar in Kaunas, Lithuania. Under the terms and conditions of the agreement, the aircraft will undergo an A- as well as C-Checks comprised of functional and operational system inspection, the necessary repair, overhaul and exchange of internal components, the inspection and repair of aircraft structure and composite elements, NDT, seat repairs, defect rectification, etc.

“Africa is one of the emerging economies which grew by more than 5% in 2014 alone. However, the instability accompanied by strong political interference means that the 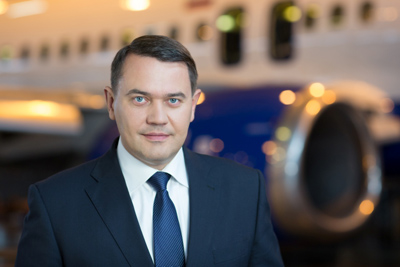 continent is yet to develop appropriate aircraft maintenance support capabilities. That is why many prosperous companies in the region seek professional and reliable MRO partners in Europe,” comments Zilvinas Lapinskas, the CEO at FL Technics. “Our long-standing experience in the field and the proven reputation for being high quality service provider were amongst the major factors which have prompted Afriqiyah Airways to entrust their aircraft to our professionals. Having developed strong partnerships in such emerging economies as Asia Pacific, the Middle East and Latin America, we are confident that the new partnership with the Libyan carrier will lay solid foundation for further FL Technics growth in this region as well.”