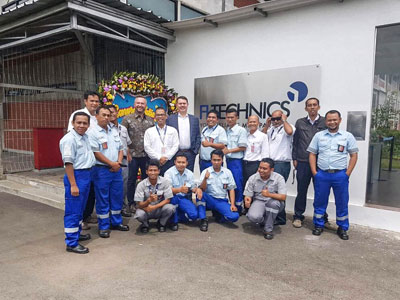 The newly opened 9 000 sq. m. facility accommodates up to 3 narrow-body aircraft at a time and is certified to service Boeing 737 NG and CL, as well as Airbus A319/A320/A321. FL Technics Indonesia’s team starts its operations with aircraft line maintenance while base maintenance services are to be introduced in 2017.

“After renovating and upgrading the facilities according to European standards, we finally have a modern MRO centre, located in the heart of Indonesia. We have also invested into building and training a strong team of MRO specialists from Indonesia who will be delivering safe and reliable MRO support to Indonesian and other Asian airlines. But most importantly, we are delighted to physically become a part of the region’s civil aviation and contribute to its safe development,” shared Zilvinas Lapinskas, CEO of FL Technics.