Ilsanta Has Become A Part Of Pharnasanta Group 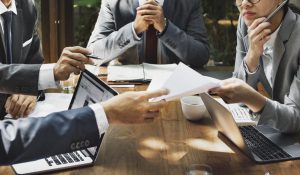 A company known for its ambitious business projects and international investments, managed by well-known businessman Gediminas Ziemelis, has successfully completed its acquisition of Ilsanta, a medical devices and equipment distribution company. Ilsanta has become a part of Pharnasanta Group, an international pharmaceuticals holding company.

“At the moment, the main goal for Ilsanta is to expand its portfolio of products and services and attract new suppliers, which will contribute to the rapid development of the company and the implementation of its international sales strategy. We plan to carry out production in Belarus and distribution from Lithuania to the rest of the world,” says Gediminas Ziemelis.

“Initially, distribution of the products will take place only in Europe and the CIS countries. But in a couple of years we intend to enter the US market,” Mr Ziemelis adds.

Pharnasanta Group is currently not only actively expanding its portfolio of managed companies but is also increasing the scope of its activities. The consolidated revenue of its pharmaceuticals companies in 2017 exceeded 40 million euros. In 2018, sales are expected to increase by 30% to reach a turnover of 52 million euros.

No less ambitious are the pharmaceuticals group’s strategic objectives over the next five years. It is planned that during this period Pharnasanta Group will reach a turnover of 200 million euros. The company expects that 50% of this income will come from the production and sale of innovative and complex oncological preparations, the other half from the sale of prescription medicines, medical devices and equipment.

Pharnasanta Group, established in the Netherlands at the end of 2017, owns in addition to Ilsanta a pharmaceutical factory producing innovative generic medicine. Another company at the group NTV Logistics will be engaged in the distribution of pharmaceutical products and provide logistics services.

ZIA Valda, which successfully manages projects in aviation, real estate, IT and other fields, is the main shareholder of Pharnasanta Group with 57.5% of the shares. Gediminas Ziemelis is the Chairman of the Board at ZIA Valda.