Pilots looking for jobs in Hong Kong: is it worth it? 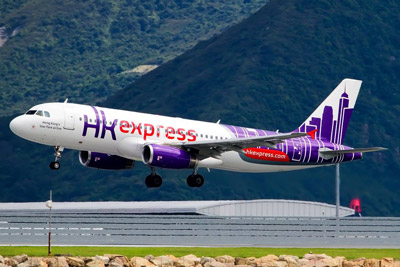 While Cathay Pacific is about to welcome its first Airbus A350 (scheduled for May), other Hong Kong-based carriers are also anticipating the expansion of their fleets with dozens of new aircraft to arrive in the upcoming several years. But unfortunately, local carriers are facing the danger of ending up with too many aircraft and too few pilots to fly them. To address the issue, they are already sending out their headhunters to various locations around the world. With that in mind, AviationCV.com looks into the work & living conditions for expat pilots in Hong Kong.

With over 7 million residents, Hong Kong Special Administrative Region (SAR) of the People's Republic of China is home to thousands of Chinese, Americans, British, Canadians, French, Japanese, South Koreans and nationals of other countries. Its expat community is known for being very open, friendly and supportive. According to an HSBC survey, about one-third of expats in Hong Kong took less than six months to feel at home, indicating that it is rather easy for expats to adapt to the local environment.

“Historically, Hong Kong has been a gateway to Asia, attracting thousands of expats to work and live here. In addition, its British past has strongly influenced the legislative and cultural life of the city which, some may say, makes it more of a Western, rather than an Eastern one. The fact that English is one of the two official languages already says a lot. Without a doubt, this makes a very strong case for any pilot considering HK as the next base for one‘s career,” comments Skaiste Knyzaite, CEO of AviationCV.com.

Hong Kong is also home to over a dozen of various aircraft operators, including Cathay Pacific (CPA), HK Express (HKE), Air Hong Kong (AHK), Metrojet (MTJ) and other. Local carriers operate a total of approx. 300 aircraft, including narrow-bodies (Airbus A320 and Boeing 737 NGs) and wide-bodies (Boeing 747 and 777).

“10 years ago a lot of foreign pilots used to complain about their employers. But since then companies have significantly improved their HR policies, particularly due to the ever-

growing pilot shortage issue. Rosters and annual leaves have become way more stable while medical, accommodation and other allowances – much more favourable, not to mention the positive changes in terms of salaries,” adds Skaiste Knyzaite.

For instance, today, the low-cost airline HK Express offers up to 8-12 thousand USD for Hong-Kong-based First Officers, while Captains may expect up to 17-19 thousand USD per month*. Moreover, the carrier provides wide possibilities for accumulating experience with Captains and First Officers having on average 830 and 840 productivity hours per year, respectively.

Notably, approx. 7% of the carrier’s First Officers receive an upgrade to the Captain’s position each year, meaning career opportunities for pilots with both moderate and substantial experience. All in all, with expected delivery of additional 36 Airbus A320-200s in the near future, at least 200-250 pilots can expect to get a job offer from HK Express.

“No wonder that 2/3 of Hong Kong expats reported an increase in their earnings after re-locating to HK, against the ~40% global average. Still, we understand that due to personal circumstances not every pilot is ready to move to an absolutely new country or region. But it’s always a matter of priorities, isn’t? After all, in many cases, Asian carriers pay double compared to most European or US airlines. Moreover, due to the outstanding number of pilots needed, the overall competition for jobs at Asian airlines is not as tough as back in the Old world,” says the CEO of AviationCV.com.

With regards to living costs, pilots may find that Hong Kong is actually not as expensive as is commonly believed to be. In many respects living in HK costs the same or is even cheaper than in London, New York or Paris.

For example, the average rent price of a 1 bedroom apartment outside the centre in HK is slightly above USD 1400. The prices in more remote residential areas may be even lower, particularly for the Tung Chung area which is situated not far from the Hong Kong International Airport (HKG).

In addition, the city has one of the best public transport systems out there: over 90% of all daily travels in HK are conducted on public transport (trams, MTR, busses, other). It means that having to work from the airport and spending your leisure time in the centre or the great outdoors while residing in an area in-between is not an issue.

While on the topic of the great outdoors, Hong Kong has much to offer. First off, one can reach various beaches just a 20-40 minutes’ drive away from the city which is certainly not that far for a megapolis. Also, there are numerous peaks with stunning views and hiking trails. Overall, approx. 40% of the Hong Kong's terrain is reserved as country parks and nature reserves.

“At the same time, there are some disadvantages to consider. While all pilots are presumed to be perfectly healthy, their family members, for example, might not like the sub-tropical climate with temperatures rarely dropping below 15 C in winter and 30 C in summer. Also, some services may be quite expensive, like schools and medical care. But if you are planning to travel with your family, you can try to negotiate with your airline for additional allowance, particularly if you are an experienced pilot. But the rest – rent, food, night life and other spare time activities – are more affordable than in many mega-cities across the world. In addition, HK has one of the lowest crime rates out there, i.e., 2-3 times lower than in London!” comments Skaiste Knyzaite, the CEO of AviationCV.com. “In other words, if you are open to exploring new cultures and becoming a part of a never-sleeping city while working for an airline with quite a decent remuneration package – Hong Kong is the place to be.”