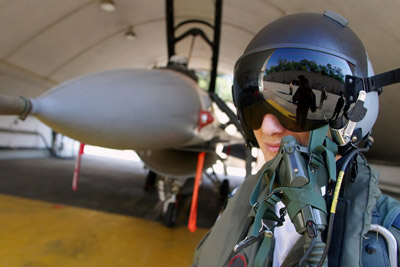 Following significant cuts in various countries’ defence budgets, the economics of cloud computing are becoming more and more attractive within the industry. Recently, Teri Takai, CIO of the Department of Defence published the Cloud Computing Strategy, reflecting and promoting cloud adoption in modern A&D. However, despite the overwhelming success the cloud industry has seen in the commercial aviation segment, it still raises some security-related concerns within its military counterpart.

ASDReports indicates that as a result of multiple budget cuts the total amount of money spent on military MRO currently exceeds the amount spent on new aircraft production. For instance, according to a 30-year aircraft procurement plan of the U.S. Defence Department, it would be at least 10 years before new strategic airlifters and long-range bombers are produced and delivered. As a result, Bloomberg Government reports it awarded $6.2 billion worth of contracts for aircraft maintenance in 2013 alone.

Needless to say, considering such costs, becoming as efficient as possible in managing the relevant maintenance processes is becoming a number one priority. Meanwhile, in a recent interview a Defence Information Systems Agency Director Lt. Gen. Ronnie Hawkins said various IT solutions, such as virtualizing applications in a hosted environment and moving capabilities to the cloud are integral to achieving the 20% cost reduction.

“The current demand for military aviation MRO services is driven by aging military equipment globally, not to mention the technological innovations in the industry and

modernization initiatives undertaken by armed forces across the world. Nevertheless, despite the fact that breakthrough technology advances have always been hallmarks of the defence industry, the same pioneering attitude doesn’t always show up in the internal IT departments,” says Arturas Dziugelis, Head of FL Technics Military Aviation Department.

According to the Head of FL Technics Military Aviation Department, despite some progress being made during the last few years, the military MRO industry has been notoriously reluctant to adopt cloud solutions. As a result, it’s not uncommon to still be relying on spreadsheets and manual systems to manage complex regulations and multi-phase government programs.

There may be several factors influencing this, from reluctance to change, to slow moving corporate bureaucracy. In the meantime, however, commercial aviation has been enjoying the IT-enabled efficiency for some time now, and the results are truly inspiring. For example, it is common to find up to 67% of total development cost for a given commercial aerospace contract being attributable to tooling costs alone. However, cloud-based systems have been able to significantly reduce tooling time and costs by saving prior configurations and by being integral to calibrating machine tools on the production floor.

“For some companies, the early reluctance may have also been born out of security fears. After all, the industry deals with valuable data, managing propriety specifications of exclusive technology and guarding industrial and federal secrets, not to mention securing safety of individuals and entire regions. These are not systems that can be taken lightly and left prone to viral attack or breach of firewalls. The stakes are high, of course,” comments Arturas Dziugelis, the Head of FL Technics Military Aviation Department. “However, as the defence industry representatives see that the market pressures are likely to continue or even escalate, they also start seeing long-term benefits in employing new highly efficient ERP solutions. Moreover, when even the DoD calls for the use of cloud solutions as part of its plan for modernization of IT systems, the sceptics are bound to realize these kind of cloud solutions are part of their future.”