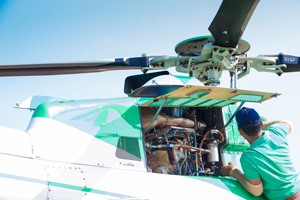 Combined with a predicted global growth in rotorcraft aviation, the decrease in the numbers of trainees – both civilian and military – is creating what many see as a looming shortage qualified personnel, especially mechanics. While more than 5 000 machines are expected to supplement the global fleet until 2019, the existing technical manpower qualified to maintain them is getting old and shrinking fast.

The technician shortage is not a new subject and has been discussed for decades. However, it seems that despite the scepticism of some, it is about to actually hit the industry. As more than a third of the currently employed helicopter technicians are over 50 years of age, the industry might be heading into a unique situation in which its growth will rely directly on finding who to replace them with. In the meantime, according to the Aviation Technician Education Council (ATEL), enrolment in airframe and powerplant programs fell by 15% between 1998 and 2009 alone.

Even more alarming, those who do graduate from A&P programs often head straight to fixed-wing operations, while an increasing number bypass aviation altogether to work in other industries. For instance, according to a recent survey by the Aviation Technician Education Council (ATEC), aviation maintenance training schools estimate that 1 out of every 4 graduates pursue careers in fields other than aviation. That means thousands of potential aerospace professionals are taking their talents elsewhere. 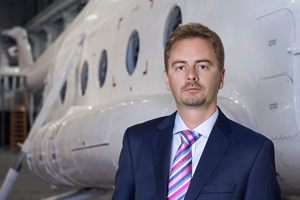 issues for MRO providers across the world. As the baby-boomers retire, even finding an employee with 3-to-5 years of rotorcraft experience is becoming a quite difficult task. In the meantime, the demand for qualified services continues to grow as the global fleet becomes larger as well as more sophisticated. Given the circumstances, it seems that members of the industry should make presenting the helicopter industry as a viable and vibrant alternative to fixed-wing shops,” says Anatolij Legenzov, the CEO of Helisota.

Moreover, the job of popularizing the profession should also be prioritized. After all, if there’s a bright side to looming pilot and aviation mechanic shortages, it’s that young people with a dream to fly or fix airplanes can look to a brighter future in an exciting and challenging field. To achieve that, however, the public’s concept of the career also needs changing.

“It is difficult to comprehend that today helicopter maintenance professionals are still perceived as doing a blue-collar job, basically the same as car mechanics. In the meantime, it is perfectly clear that, given the amount of hi-tech equipment both in the hangar and in the machines, the “dirty” aspect of the job is rapidly becoming a thing of the past. Instead, we should be promoting the adventure and global opportunities available,” comments the CEO of Helisota.

In the meantime, more emphasis on additional training and development of the existing staff putting should be put by such emerging regions as India, Latin America or Southeast Asia that experience an especially rapid development of their rotorcraft fleet. For such an endeavour finding a partner that can offer both EASA Part 147 and EASA Part 145 services, thus being able to provide the training and temporarily substitute the local staff on site, becomes a crucial aspect of the strategy. “All in all, it is only by clearly defining the problem, promoting career opportunities in vertical aviation to both those who will join us and their influencers, and ensuring access that we will finally move toward solving our industry's staffing issues,” concludes the CEO of Helisota.