Will there ever be light at the end of the supply chain tunnel? 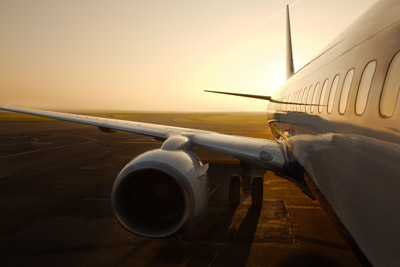 Unarguably, aviation aftermarket today is a vital segment of the entire industry. Currently valued at over $28 billion dollars, it accounts for nearly half of the MRO market pie. Largely driven by the rapidly expanding global fleet, the development of spare parts market is now seen as a great area to squeeze some additional profit which is commonly scarce in the aviation industry. However, aftermarket is no place for amateurs. Even experienced players keep debating multiple issues the most important of which revolve around the pricing of parts.

All major aircraft manufacturers have reported receiving a record number of orders this year. With that in mind, it is safe to say that in the near future the global market will welcome an increasing number of new machines. In turn, more and more aircraft will be sent to retirement. According to Avolon, the need for spare parts nowadays is so vast that additional 150 to 200 aircraft a year could be retained instead. This does make even more sense taking into account the fact that fuel prices remain relatively low. Meanwhile, as the number of operated aircraft is expected to increase at the rate of 3.6% over the next 20 years, the demand for a reliable and transparent aftermarket will undoubtedly follow the upward trend too.

“Lately we have definitely observed the market shifting its focus to meet the demand of newer generation aircraft parts. Nonetheless, as operators themselves now opt to keep spare parts inventories as low as possible, the decision-making is left to the suppliers. They are the ones who have to decide on the best ways to accurately evaluate and determine the prices of much needed parts,” comments Zilvinas Sadauskas, the CEO of Locatory.com.

And here comes the tricky part. Determining the price of a part is a hard task, even for major companies. It involves numerous calculations regarding fleet size, transportation,

internal and external repair times as well as maintenance cost. On top of this already hard-to-solve equation there is also the issue of market transparency.

“There are some who choose to take advantage of this obscurity. We often hear rumors that once companies send their parts for exchange, suppliers write them off without any proper explanation and sell the outright parts instead. However, some say that what they actually do is keep the ‘utilized’ parts, repair them for next to nothing and then just sell them for some nice profit,” explains the executive.

Cloudy is the word constantly surrounding the aviation aftermarket, as prices from different suppliers can also differ by tens of thousands of dollars for the same part. Not helping the translucency of the segment are the OEMs, whose prices for spares are often blown out of proportion. The issue stems from examples of such major manufacturers as Boeing overcharging some of its clients $8 million for parts or Sikorsky Aircraft paying up $3.5 million to settle the allegations of failing to share accurate prices for components.

“There’s a joke inside our industry that some prices are determined by simply adding a dollar sign in front of the part number and this shows just how grey this area is,” says Zilvinas Sadauskas, the CEO of Locatory.com. “All jokes aside, accurate price evaluation is critical for both, aftermarket players and operators as the latter are often forced to make decisions on the spot. Otherwise, the price of not finding the right part for adequate price can equal to an AOG, which may cost up to $20 000 a day for such an aircraft as Boeing 737. Taking that into account, it all comes down to data in hand. With the appropriate tools to determine all part-related data, such as historical fluctuation of certain prices and demand changes for particular components as well as other valuable information, everyone can much more easily determine the value and price of their spares in a proper and translucent way.”