Forty years after the first flight of the F-16 prototype, the Air Forces worldwide are increasingly counting on the F-35 to replace the planes they're flying today. However, with F-35 being 7 years behind schedule and $163 billion over budget, the Lockheed Martin F-16 Fighting Falcon is currently enjoying an unexpected renaissance. As a result, the average age of currently operated military aircraft is increasing and the machines are becoming increasingly expensive to maintain and operate.

Under the plans in place when the U.S. Air Force stopped buying F-16s, it would have 400 fully operational F-35s by now, with 110 new aircraft arriving every year, and the F-16 fleet would be on its way to a well earned retirement. However, with the continuous delays in the programme, including such technical issues as the engine fire that recently grounded the entire F-35 fleet, critics of the new fighter jet have renewed calls for a serious review of the program. As a result, forty years since its first flight, the F-16 seems to be heading towards a new lease on life.

“At the moment the global F-16 fleet is reaching an unprecedented average age. However, Lockheed’s assembly line in Texas, which was once expected to close in 2009, today has a backlog running through the third quarter of 2017. Moreover, the company announced it expects the F-16 modernization program for the US to be revived. This could add 10-12 years to the F-16s’ service by increasing the number of service life hours from 8 000 to up to 12 000 on each airframe. As a result, while currently the F-35 keeps facing more and more problems, the industry expects the older aircraft to be subjected to the further renaissance,” shares Arturas Dziugelis, the Head of FL Technics Military Aviation Department.

In 2013, the price of the F-35 development has doubled since the contract to Lockheed Martin was issued. Moreover, it was announced that the single-engine F-35A is expected 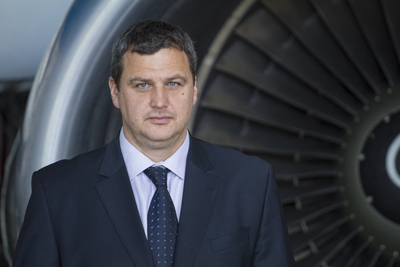 to cost about 10% more to operate than the F-16. The Pentagon’s Cost Analysis and Program Evaluation office estimates that the Pentagon will spend $18.2 billion annually supporting all three F-35 variants compared to the $11.1 billion it spent on legacy aircraft in 2010, according to the Government Accountability Office. Naturally, would-be customers have grown increasingly cautious about the introduction of the new fighter.

For instance, the Netherlands’ plans to buy 85 of the fighters are under review, with officials saying they may cut as many as 33 from their purchase. In the meantime, the U.S. have recently decided to cut plans for F-35 production for the upcoming 5 years by 17 aircraft. Last month, Israeli cabinet panel has also rejected a decision to procure an additional 31 F-35s and limited the procurement of Israel’s second batch of the Joint Strike Fighters to only 13. Others even propose halting F-35 purchases until operational testing is completed in 2019.

In the meantime, currently there are 28 customers who operate 138 different configurations of the F-16 aircraft. Singapore, Greece, Turkey and Chile are known to have plans to upgrade their F-16s in the foreseeable future, while, according to Lockheed Martin representatives, three or four others are expressing interest in similar options. As a result, the potential market for F-16 upgrades is expected to reach somewhere between 1 000 and 1 300 aircraft over the next 10 years, with a potential total value of around $10 billion. Enhancements are required by customers who wish to prolong the life of their F-16 fleets ahead of the introduction of the F-35, and/or who plan to field their F-16s alongside the Joint Strike Fighter and need upgraded cockpits and other avionics capabilities to facilitate easier interoperation.

“The much-talked about fire on the F-35 is a quite unusual and problematic because 13 years into engine development, major problems that are not age- and cycle-related have usually historically been found and fixed. As a result, no wonder many have started considering prolonging the life of the older machines. Needless to say, this will put additional pressure on the MRO providers as concerns the maintenance of current fleet, which is also true of spare parts supply,” shares Arturas Dziugelis, the Head of FL Technics Military Aviation Department. “On the one hand, the situation as concerns such support of older generation aircraft is quite positive, since many of the models which are no longer operated are kept in storage. On the other hand, however, although their parts can be easily made available, the process needs more cooperation with governments, to ensure access to material, as well as appropriately qualified workforce, fully capable of performing all the necessary work.”