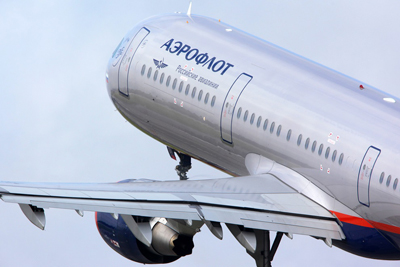 On the 15th of August, Airbus A321-211SL (MSN 7801) was handed over to the largest Russian air carrier Aeroflot. Under the operating lease contract, the Russian flag carrier will operate the aircraft with 16 business and 167 economy seat configuration aircraft for the next 12 years.

The brand-new aircraft was delivered as a part of a previously signed Memorandum of Understanding between AviaAM Financial Leasing China and Aeroflot – Russian Airlines. It is the second Airbus A321 type aircraft of the project covering the sale and lease back of total 8 ex-factory Airbus A320/A321 aircraft. The 6th Airbus was handed to the new owner at Hamburg International Airport, Germany.

“The project with Aeroflot is progressively moving forward. Under the contract, we have already delivered 6 aircraft to our trusted client. 2 more Airbus aircraft as a part of the project are expected to be delivered within the next months,” shared Tadas Goberis, Chairman of the Board and CEO of AviaAM Leasing.