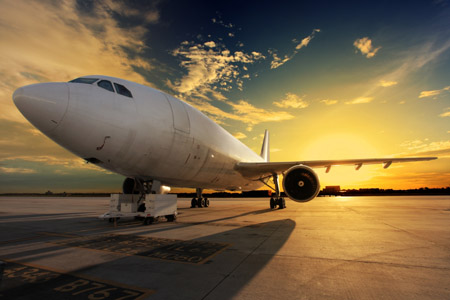 Growth of Africa’s economies has accelerated. According to a new report by the African Development Bank, the continent’s growth is projected to accelerate to 4.8% in 2014 alone. With the increased consumer spending and a new middle class on the rise, the outlook for African aviation industry is also positive. Nevertheless, developing its full potential still remains a challenge, especially with regard to proper HR-support.

Since Africa accounts for 12% of the world’s population, but only less than 1% of air travel, there is indeed enormous potential in developing its aviation market. Aviation already supports 6.9 million jobs and more than $80 billion in GDP across the region. Moreover, traffic to, from, and within Africa is projected to grow about 6% per year for the next 20 years. Thus, most experts believe that liberalization will create opportunities for further significant employment growth and economic development. But they also agree that achieving this might prove to be much harder than it may seem.

The region’s aviation is still challenged by a lack of infrastructure, horrible safety standards, a general lack of investment, corruption, as well as political instability or stagnation. Many governments are still imposing very high departure taxes—close to $100 in some countries, such as Ghana—and while their economies have enjoyed double-digit growth rates for years, taxation is still holding down air travel demand. For instance, a Tanzania-based low-fare start-up Fastjet has recently backed off plans to launch an operation in Ghana simply because it has failed to negotiate lower departure levies.

“Air transport plays a crucial role in driving economic and social development in Africa through enhanced connectivity. Some fundamentals are pointing in the right direction. Economies are growing strongly in important countries on the continent, and strong local players such as Kenya Airways and Ethiopian Airlines are emerging, superseding the numerous miniscule carriers with flawed business models,” comments Skaiste Knyzaite, CEO of AviationCV.com “However, while further changes are necessary, they will inevitably bring about serious challenges, especially as concerns the demand for appropriately qualified workforce.”

According to a recent InterVISTAS report, liberalization between just 12 key African markets will provide an extra 155 000 jobs in aviation and non-aviation related areas and $1.3 billion in annual GDP. On the one hand, supplying the industry with appropriate amount of relevant specialists will probably not be an issue in the long-term. Africa’s labor force is forecast to grow by 122 million people by 2020 and become a total workforce that will surpass that of China or India by 2035. However, a fresh injection of qualified workforce is what the region needs as soon as possible. Like it or not, its safety record is still eight times worse than enjoyed by any other of the five continents in the world. With this in mind, Skaiste Knyzaite suggests the local carriers to consider short-term personnel lease as a viable option.

“There are strong reasons to believe that deregulation of the industry can work in Africa. However, achieving the positive effect is possible only if the relevant players support the growth of the industry while implementing global standards in safety and security. That is why the industry should consider the possibility of attracting a larger amount of qualified foreign specialists to the market in order to support the growth. If Africa focuses on achieving safe, sustainable, reliable and efficient air travel by keeping global standards at the heart of its efforts, the continent’s potential in aviation can at last become a reality,” concludes the CEO of AviationCV.com