G.Ziemelis: Will Japan become a Powerful Player in Aircraft Manufacturing? 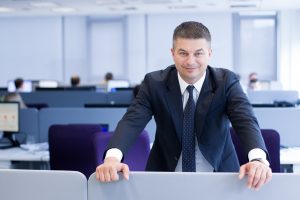 In a money heavy industry like aviation, financing is the difference in success and failure. At the moment, only players who have a proven track record are able to keep a strong foothold in the industry, but the tides could soon be changing as countries like Japan set up tax regulations that encourage Japanese investors and equity sourced from Japan to fund projects through Japanese Operating Leases (JOLs). Despite the savings glut in Japan, JOLCO (Japanese Operating Lease Call Option), in particular, has become an increasingly popular tax/finance structure throughout Japan over the last couple of decades. Airlines have, notably, taken an interest in this setup as it is attractive to both investors and lenders while providing airlines with between 10-20 years of low-cost funding. JOLCOs allow investors with Japanese tax liability to put up a minority portion of equity funding in exchange for tax benefits that are normally associated with ownership and debt financing of an aircraft. Discretion makes it hard to know exactly how many JOLCO financings take place in Japan, but leasing companies continue to report substantial interest in this creative structure and, in 2017 alone, 77 JOLCO transactions were reported to have taken place for various Boeing, Airbus, and Embraer aircraft.

Gedminas Ziemelis, an aviation expert as well as Chairman of the Board at Avia Solutions Group, commented, “It is easy to see how the JOLCO structure could benefit a wide range of investors that do not have access to the type of funding that is typically needed to receive aircraft ownership or debt financing benefits.” In Japan, generally, investors are successful privately held small to medium sized enterprises (SMEs). This is the target market for the JOLCO structure with the Ministry of Finance estimating that more than 1 million SMEs in Japan, as of 2016, could find the JOLCO structure to be advantageous. With an aggregate recurring profit of around JPY 30 trillion (EUR 245 billion), Japanese SMEs could set up the perfect circumstances to give the Asian aviation market an unprecedented funding boost.

The JOLCO structure is so enticing to investors that Hong Kong has also become a major target for funding. Pairing BEPS (base erosion and profit sharing) with the JOLCO structure has put Hong Kong in line to become one of the world’s lowest tax jurisdictions for aircraft financing and leasing. The flexibility and interpretation of the term “ownership” is the key to Hong Kong based investors being able to join Japanese aircraft leasing structures.

According to the IATA, half of all new passengers to fly over the next 20 years will be from Asia. With a demand like that, Asian airlines will likely become the largest consumers of new aircraft. In the near future, structures like the JOLCO could certainly enable new manufacturers to enter the industry. Gediminas Ziemelis speculates that the added incentive of making the Asian market even less dependent on western manufacturers like Boeing and Airbus, could help Japan find substantial motivation for tapping into the large number of SMEs ripe for the picking. Until now, financing has been the key factor in Boeing and Airbus having little to no competition. If the Asian market figures out how to precisely capitalize with these innovative investment options, Boeing’s and Airbus’s 2017 revenues of EUR 80 billion and EUR 60 billion, respectively, could easily be dwarfed in comparison. Japan and the rest of Asia just may bring some new competition to the table when it comes to aircraft manufacturing.