Innovate or die trying: making it in the future of aircraft MRO 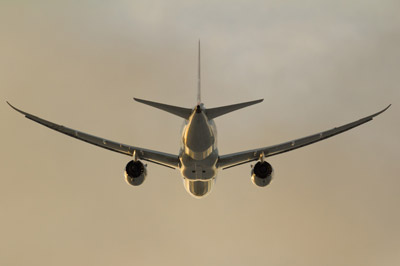 In the beginning of 2015 the aviation world entered the long-awaited A350 era, as Qatar Airways inducted the first A350-900 aircraft into its fleet. Similar to its competitor – Boeing 787 – the A350 brings not only new opportunities, but also a significant amount of new technologies to market. As a result, with almost 780 A350 aircraft on order, and over 840 more 787s expected to join the current fleet, there is a growing base of customers who will need aftermarket support for their newly acquired technologies. However, in order to compete as technology changes, MRO providers will have to first overcome their own reluctance to innovate.

Many industry representatives agree that aviation is currently on the brink of a significant technological change, which will have considerable impact on core elements of today's aftermarket. According to results of Oliver Wyman's latest annual MRO survey, by 2020, most companies in aviation MRO segment will use new technology in a way that fundamentally changes how the industry works. However, as the technology hits the aftermarket, some forecast that MRO providers might actually risk loosing profitable work. In fact, the on-going changes could amount to redistribution of up to 20% – or $15 billion – of value among current players in the segment, and entice new, non-traditional competitors to enter the MRO market aiming at high value revenue opportunities.

“Innovation has always been the key to being competitive in the MRO industry, with advances including LEAN processes, RFID tagging, and intermittent fault detection pushing 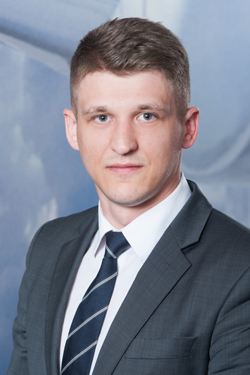 the industry forward. However, the upcoming wave of innovative breakthroughs can be expected to be somewhat different. The word has it, that instead of focusing on cost cuts, the new advancements could result in disruption of existing aftermarkets and present new business models. If such a forecast will in fact be accurate, the capabilities that MROs will need to conduct business in five year’s time will naturally differ from the current ones,” comments Zilvinas Sadauskas, the CEO of Locatory.com.

The unprecedented numbers of commercial aircraft being produced as the industry grows at 4.7 per cent annually has seen an acceleration of a new trend in the aerospace supply chain. Companies at the top of the supply chain are shifting responsibilities for increased productivity and innovation to their smaller second tier suppliers to absorb the continuing price pressures from end-user customers. This means that smaller vendors will be forced to radically overhaul their operating costs while continuing to drive innovation in order to protect relationships with their major OEM customers.

In the meantime, while most Oliver Wyman’s respondents say they are investing in new technologies that use data to make better decisions, most of them admitted the companies are experiencing difficulty in actually bringing such visions to life. This reveals MROs experience a heightened demand for clarity and purposeful analysis, allowing successfully choosing and implementing relevant technologies, while developing beneficial business models.

“Unfortunately, while acknowledging the existing needs, MROs are still reluctant to innovate, when it comes to measurable actions. However, given the magnitude of change imposed by the race to innovate, MROs should reconsider the ability of their current organization to smoothly transform. This goes beyond natural organizational resistance to doing things that are unknown or writing a new set of objectives to capture new business. Embracing new directions requires actually reshaping reshape organization structures, processes, talent profiles, partnerships, and corporate culture,” concludes the CEO of Locatory.com