Literally unmanned – will there be anyone to pilot the commercial drone industry? 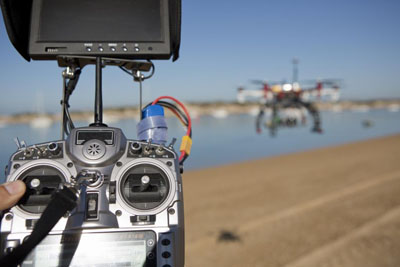 Ever since the drone market has started to rapidly grow, it has been constantly surrounded by controversy. For instance, with commercialization of drones, over 42% of Americans are concerned about their privacy. However, while aviation authorities are developing new rules to ensure both safety and privacy standards, it seems that drone-skeptics actually shouldn’t worry too much – at least in a short-term perspective. Without universally accepted regulations the commercial drone segment still has almost no one to pilot it. Even for $100 000 a year.

Drones grew their popularity in military, but are now steadily gaining their market share in civil aerospace. Data shows that there is already 500 000 drones sold in commercial U.S. market alone. However, it seems that civil aviation authorities worldwide have actually missed the moment when a private hobby has become a rapidly developing aviation segment.

The market may have started with just amateurs flying quadcopters in their backyards but now it is large corporations, like Amazon or Google, that are seeking to use drones for logistics, security, infrastructure inspection and other purposes. However, in many cases an approval for commercial utilization of drones is more an exception as there is still no global consensus on how this segment should be regulated.

“It may come as a surprise, but today using drones, particularly the larger ones, for commercial purposes is basically illegal. In the USA, for instance, only a small portion of businesses have ad hoc permissions to use smaller drones with quite strict and very limited application area. Same goes for Europe. In the meantime, in Hong Kong operators of larger drones have to apply for a relevant permit for every single flight, while the UAE went as far as banning sales of commercial drones altogether,” comments Skaiste Knyzaite, the CEO of AviationCV.com.

be fully dependant on separate ad hoc permits which are not that easy to obtain. It becomes especially obvious from the case of Amazon, which – after long and intense discussions both directly and through international media – has only recently received FAA’s consent on using some of its drones “for research and development and crew training”.

It’s understandable that without a clear vision on how the market should be regulated the authorities cannot fully ensure the safety of the environment where the drones are to be used. Drones hovering over strategically important nuclear plants in France or an airplane having a near-miss with drone at London’s Heathrow airport – all these accidents raise reasonable questions and doubts.

But even should clear rules be introduced tomorrow, this doesn’t mean that hundreds of commercial drones will instantly go up in the city skies. Commercial operators will still have to invest additional time into test flights and staff training – time especially precious for an evolving industry.

Luckily, in some countries the process is developing at a higher pace and with a stronger cooperation between the authorities and the private segment. France, for example, already has more than 1 200 registered drone businesses, and is way ahead of the USA which annually lose almost USD10 billion due to the delay in drones’ commercial integration (acc. to the Association for Unmanned Vehicle Systems International). The Association has also forecasted that over the following ten years the segment is expected to create 100 000 jobs, including the ones for pilots, technicians and IT engineers. However, the supply of required personnel still remains an open issue.

Certainly, the most active and persistent businesses can join efforts with their local authorities in developing ad hoc training programs to prepare a small amount of specialists. But for a strong healthy growth the emerging drone industry needs far more than that. And it’s not only about clear requirements and universal training programs for future staff, but also about the pool of potential specialists.

“Individuals with at least minimum aviation and IT background are most likely to be on the top of the candidates list. First and foremost, we talk about CPL and PPL holders, mechanics and IT engineers,” adds Skaiste Knyzaite. “From a headhunting perspective, the competition between drone operators and commercial airlines shouldn’t be an issue as it’s hard to imagine how First Officers (left alone Captains) are shifting from airplanes to drones as their primary job. But for maintenance organizations (both aviation and non-aviation) as well as IT companies the emergence of the drone market means having to face a new direct competitor. A competitor who either on its own or with the support of industry-specific HR partners will certainly grab its portion in the job market thus making the struggle for skilled specialists even fiercer.”