Aircraft investment as an alternative to negative yield bonds

In February, 2015 Germany and Finland auctioned off their government bonds with negative interest rates attracting a total of over USD 4.5 billion. The success of the placement was predetermined by the investors’ readiness to pay for the exceptionally safe sovereign bonds as a means of investment insurance against potential risks. However, in order to scrape some profit after all, investors also explore additional investment options to supplement their portfolios. One of the options could be aircraft-backed 4-6% yields bonds.

AN UNFORECASTED ANOMALY
Last month Finland raised approx. USD 1.06 billion in bonds with -0.017% yield thus becoming the first Eurozone country to sell its five-year sovereign bonds with negative yields. Days later, Germany’s Bundesbank also auctioned five-year bonds with an average  -0.08% yield thus contributing additional USD3.5 billion to the overall USD2.35 trillion worth negative yield bond market (acc. to Bloomberg). At some point the expansion of the market is driven by such institutional investors as pension funds which are obliged to invest a part of their funds in low-risk sovereign bonds (e.g., Germany’s). Other investors choose negative yield government securities as an insurance against the potential risks common in the private sector.

As the interest rates of the safest-considered governmental bonds are close to zero (both, below and above wise), corporate bonds tend to follow the trend. “Using the opportunity in the European market which struggles with exceptionally slow inflation, the private sector is also driving the yields down in order to receive cheaper financing. The bonds of certain highest rated companies are traded at below 1% yields, with some of them even turning negative – an anomaly few could imagine a decade ago,” shares Tadas Goberis, the CEO of AviaAM Leasing.

“Financial markets are certainly not what they used to be in 2000s, and they keep changing. As a result, investment patterns and fund structuring have also become more complicated,” comments Tomas Sidlauskas, the Vice President at AviaAM Leasing. “In addition to traditional financing sources like commercial banks and export agencies the industry is more actively using alternative finance products as well. For instance, issuance of corporate bonds, Enhanced Equipment Trust Certificates (EETCs), aircraft ABS and other similar securities. This applies to all industry players – from manufacturers and leasing companies to operators.”

While manufacturers turn to capital markets for the expansion of their production and the development of new products as well as general corporate purposes, airlines and leasing companies are raising funds mainly to finance new aircraft deliveries.

“An aircraft is a hard asset-backed investment which can generate up to 10-15% ROIs on equity (depending on an aircraft type and end user). It is also a relatively low risk asset since carriers keep raising their profits and passenger traffics worldwide thus spending more and more on fleet renewal and expansion. Moreover, even should the demand in a single region squeeze, the aircraft can be easily relocated to another region as truly has only one market – the world,” says Tomas Sidlauskas, the VP of AviaAM Leasing. “However, the aviation industry is a very specific and complicated market from both legal and financial points of view. Without a relevant background or an asset manager for their investment, investors from outside the industry might just end up with no profit or even suffer losses. For that reason, EETCs and other aircraft-backed securities (in contrast to direct investment) have become one of the main trends in the aircraft financing market over the last several years.”

According to Boeing, in 2014 bond funding of new aircraft deliveries might have reached USD30 billion, or over a quarter of all deliveries that year – up from approx. 15% in 2013. As the overall annual demand for new deliveries is expected to rise from USD110 billion to almost USD140 billion by 2018, the role of capital markets is anticipated to increase as well.

“From a leasing company’s perspective, an aircraft represents a stable and recurring monthly cash flow immune to short-term swings in market lease rates throughout the 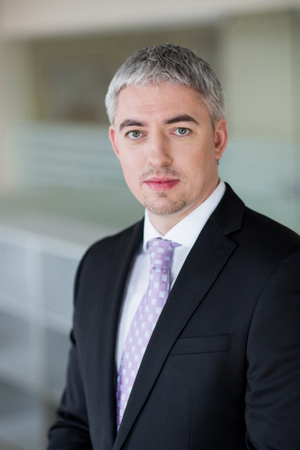 industry’s cycle. The stability is secured by fixed monthly lease payments which cover both aircraft acquisition and financing costs. This significantly lowers the risks for both the lessor and the holders of its securities,” comments Tadas Goberis, the CEO of AviaAM Leasing. “At the same time, the aircraft-backed bond market is still rather young and unfamiliar to many institutional investors. This explains why the issuers are ready to offer higher coupons which on average range from 4 to 7 per cent (i.e. the ones issued by ILFC, BBAM, etc). On the secondary market, the yields for aircraft leasing companies’ bonds are also relatively high – around 4-5%.”

“At the same time, in most cases bond (equity) investors are not the only participants in the deal. Depending on the finance structure, they are usually either senior or junior debt providers with the remaining funds coming from commercial banks, export agencies and/or the issuer itself. But even if we consider a junior loan to finance approx. 30% of a mid-life Boeing 737-800 cost, the owners of 5-year bonds are likely to enjoy USD 0.5-0.6 million interest per year. In other words, aircraft-backed securities are most likely to receive more and more attention over the following several years, particularly from those equity investors aiming to actually earn from their investment rather than just freeze their funds,” concludes Tomas Sidlauskas, the VP at AviaAM Leasing.